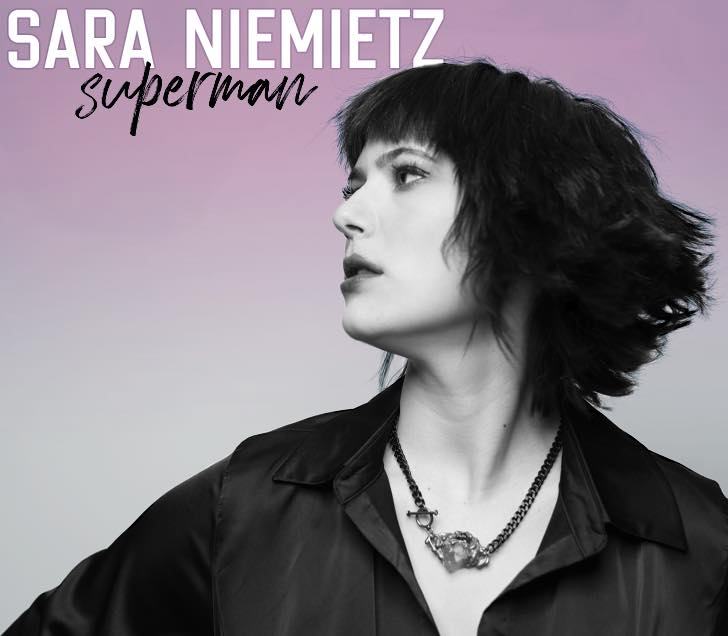 Singer who performed with B.J. Thomas as a tot praises 'class act and inspiration'


On Saturday, she saluted the star who gave the little girl a shot. Thanks for your music and light, B.J. Thomas. In 96, he invited baby Sara out of the audience to sing and set me on my path. "His encouragement and warmth made me believe that a career in music was something not only attainable but absolutely natural. Class act and inspiration."


Join us on our Facebook page this Thursday, March 18, at 5 p.m.PT/8 p.m. ET. for live music from Sara Niemietz, Lauren Calve and Magnolia Boulevard. You can make a difference while watching by donating to the Women’s International Music Network on behalf of the performers and supporting the artist community amid the current pandemic.


Without any doubt, musician and singer-songwriter Sara Niemietz has made lemonade out of lemons during the year 2020. In a year where the COVID-19 pandemic reeked-havoc, music artists across America had to come up with new ways to make their music happen. Obviously, Niemietz wasn’t the only person to have their world turn upside down, as all live concerts and performances ceased to occur. Despite the gloomy world outlook, Sara created new and different ways to bring music to her fans, with various online presentations.


I loved LuLu when she sang "To Sir with Love" Diana Ross and The Supremes sang "You Can’t Hurry Love." Then there was Aretha Franklin demanding "R-e-s-p-e-c-t." Almost 50 years later, Robby Robinson, Frankie Valli’s musical director and a man that I respect more than anyone in the industry, told me about this incredible up and coming singer that he said I had to listen to because she "is all that and more." I heard this young lady, named Sara Niemietz, sing an old Tony Orlando & Dawn song that was rearranged by Sara and Robby, "Knock Three Times." Then, Robby asked me listen to another song that the whole universe knows called "Take Me Out to the Ballgame." I know that most everyone knows that song but it’s just the way that she does it, her style is like no one else's


Niemietz made her Broadway debut in Hollywood Arms, and later appeared in the 2007 Los Angeles premiere of Brown’s 13. She has toured extensively with Postmodern Jukebox, and can be heard on several of the band's albums. DeBose and Niemietz will join Brown for the concert that will showcase music from throughout his career, in addition to new material from his upcoming projects


In this one-on-one interview, Sara reveals her passion for music and some of the influences that helped her create such diverse and engaging repertoire of songs.


Postmodern Jukebox (PMJ) became a smash viral sensation when they began posting videos of jazzy arrangements of popular tunes, gaining millions of views on each new video. Soon after, singer Sara Niemietz, who was a fan of the series, contacted creator Scott Bradlee on how she could get involved.

Postmodern Jukebox gives 'Scars To Your Beautiful' a soulful remake


Postmodern Jukebox is giving Alessia Cara's "Scars to Your Beautiful" a classic soul twist, and it might be even better than the original. With Sara Niemietz absolutely slaying vocals, this silky smooth rendition will transport you right back into the 1960s. There's a hope that's waiting for you in the dark, and it's this amazing cover.


Postmodern Jukebox is giving Gloria Gaynor's '70s disco classic a vintage '40s makeover. The jazz cover, sung by the one and only Sara Niemietz, features powerful vocals and a special treat: a Latin ballroom dance performance. This rendition will surely have you on your feet feeling empowered. Watch out, exes.


Recently featured on TIME Magazine and Mashable, Sara released her Postmodern Jukebox cover of Justin Bieber’s “Love Yourself” for an upcoming feature with FELIX. After recently completing a headlining sold-out U.S. tour with the band, Sara is set to hit the road again on a 75-city international tour with Postmodern Jukebox. In this one-on-one phone conversation (direct from Dubai), Sara provides some insights into her career and how she approaches singing and songwriting.

Justin Bieber's 'Love Yourself' gets a 1920s makeover

'Wham! Have yourself a retro Postmodern Jukebox 'Last Christmas'


Postmodern Jukebox is back with a soul-influenced version of "Hey Ya!" by Outkast. The 2003 hit was revamped with slower vocals, an upright bass and a sax for a smooth '60s sound. The featured vocalist on the cover is singer-songwriter and actress Sara Niemietz, who previously worked with Postmodern Jukebox creator Scott Bradlee on a Talking Heads cover. Niemetz effortless control and wide vocal range help bring a fullness accompanied by an old fashioned band.


Hearing the funky new wave rock tune reimagined in a swing jazz setting is a real treat. Sara Niemietz's singing is spectacular, and the band make the song sound like an jazz standard from the Great American Songbook. "This Must Be The Place" truly has become a modern standard, having been covered countless times by jambands and bar bands -- and rightfully so.


Santa Clarita-based torch singer and YouTube superstar Sara Niemietz, who has guested on “House Blend” twice and was special guest vocalist at the Emmys’ Governor’s Ball last Sunday, has a brand-new EP out this week. It’s her second, titled “Fountain and Vine,” and the six tracks showcase her vocal power and grace in an intimate musical setting. Sara’s released the first video from the EP, "Taxi Outside."


As if listening to the Talking Heads wasn't catchy enough. Postmodern Jukebox singer Sara Niemietz lends her soulful voice to the 1983 pop hit "This Must Be The Place," transforming it into a swinging, vintage 1940s tune. Just in case you want to see how it stacks up to the original, here's a peek at the '80s classic.


Sara took time to answer questions about women who have influenced her with music, as well as her mentors, along with what her fans can expect from her the rest of the year and into the new year. Read on to gain insight into Sara and her music:


Mashable Poll: Which "Set Fire to the Rain" Cover Is Your Favorite?